“If personal experience can reflect itself, I think drawing and writing are a kind of slice of self.”

In my creations,I used a lot of childhood memories and symbolic figures such as teddy bears, antique toys, intuitive graffiti drawings, costume characters and so on. My painting started as diary recordings, which tends to be in a written form. This writing is more like an interpretation of my work.

"What is painting?” I often ask myself this question, which constantly deconstructs and constructs my thoughts. Specifically, instinct drive me to write about these fragments of my childhood, like words and poems in my images, figurative but present. I still remember the moment in my childhood, when I was watching television and playing by myself with toys, which I still keep, all alone in the room. Maybe, this kind of childhood experience is common in the era of declining birthrate, and some might share the same feeling—longing to play with someone and growing up without noticing the desire.

My personal experience is a characteristic of my generation. It writes feelings I face unclearly, but intuitively and willfully awakening the utter innocence under my skin.I strongly believe that creation is the way I converse with the world.

G.A.P., Tokyo University of the Arts

He spent his childhood on cartooning, and he liked to draw with poem. In Fu Jen University, he majored in Chinese Literature and started to write poems. He read Roland L. Bachmann's concept of fragment. Roland's work is composed of fragments. When readers read his works, they need to put together his thoughts. For Chen, he thinks that the writing is a slice of life, and writing poems has become another way of making a drawing.

His works are mostly paintings with acrylic and oil pastel, often accompanied by poems that correspond to the visual parts and provide a hint. He always thinks that his works are showing the differences between children and adults. He also works with different medias, such as video art, performance, and sculpture. Those year he exhibited overseas such as New York,Beijing, Hong kong, Japan and so on. Some works can be found in the collection of Lih-pao Cultural Arts Foundation.

In order to seek for more opportunities for exchange with artists and new projects, he currently studies in the Global Art Practice program at TokyoUniversity of the Arts and lives and works in Tokyo.

2021   Art and Piece Cover and interview

ArtPlugged 「Chen Wei Ting: I Saw You Before」 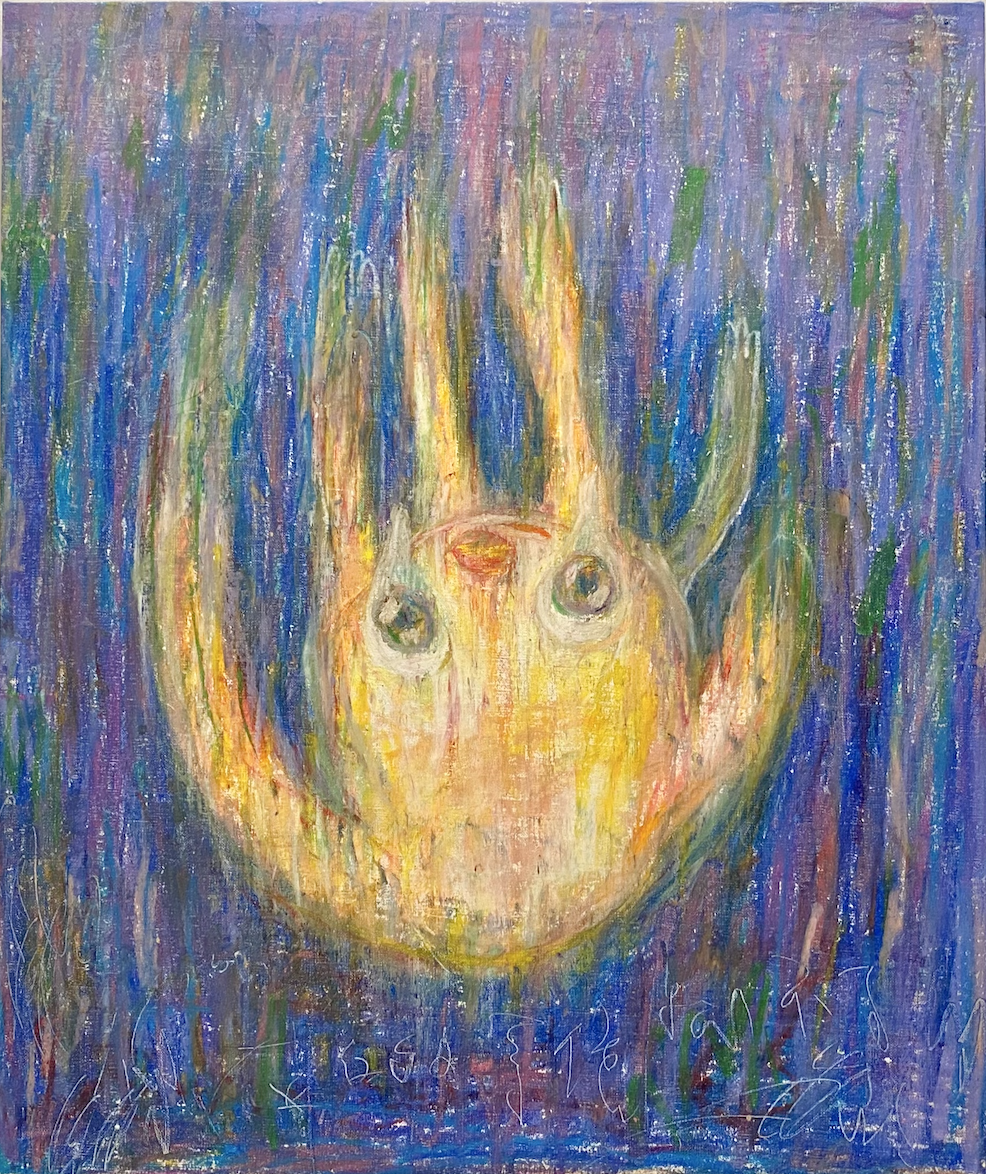