JUNKYARD an exhibition of the Spanish artist Samuel Salcedo.

In this exhibition the artist presents his most recent artistic project composed of figures that seem to point their eyes at nowhere in particular, faces that show apparent peaceful rictus and extreme beauty in a state of continuous dream or sleep, calm and often looking at an infinity or a future that only they can glimpse.

The materials that Salcedo works with have the characteristic of changing from the process of creation to the finished sculpture full of wrinkles, empty parts and marks of the process that the artist cannot control, the result of the randomness of destiny and its permanent changes or mutations.

These human figures, much larger than natural size, occupy an exhibition space that provokes the viewer the sensation of being invited to participate in the stillness of his own reflection in his works, endowing them with a special magic and sensitivity, largely thanks to the evocative materials used, which suggest that in the process of creation there are accidents, as in our skin has marked the memory of our life.

Among the pieces presented is the "Rolling Stones" a series of polished epoxy heads, a resin-like material that is kneaded with the hands and has the ability to be reflected as a kind of a black mirror following the artist's idea that aims to engage the viewer who sees his face and expressions reflected in the pieces, as a form of communication where the gaze is reflected and the eyes rest. The accumulation of heads, one on top of the other, results in the idea of the famous boulders as if they had been polished by the wear and tear of the passage of time and, at the same time, refers to the synergies with the people you meet along the way.

For its part, the "Crash Test" series, whose title alludes to the transforming process that happens in the smelting of aluminum, is characterized by very evocative textures due to the accidents that have happened with this material, which looks like scrap or scrap material, and when polished it will become a small jewel.

The iron pieces, like "Metal on Metal", rust with the rain causing those pores or cracks where the memory of time freezes, in a dramatic way that contrasts with the serene faces. The artist likes to think that when the pieces are installed in a place they will change, adapting or mimicking the space they occupy.

Another of the materials he uses in pieces such as "Arnela" or "Under Construction" is concrete or terrazzo. It is a very common and recognizable material, which makes the viewer approach and feel close to the sculpture.

With the wooden work "Expression Lines” the artist enhances the lines of expression that explain the memory of the wood: the trunk, the marks, the veins, the age of the tree that can explain the trace of time, the life that runs with its vicissitudes.

Samuel Salcedo's artistic process is very anarchic and his sculptural work is the result of figures that invade the space with serenity and beauty, characterized by their technical excellence and the diversity of the materials used in their execution. 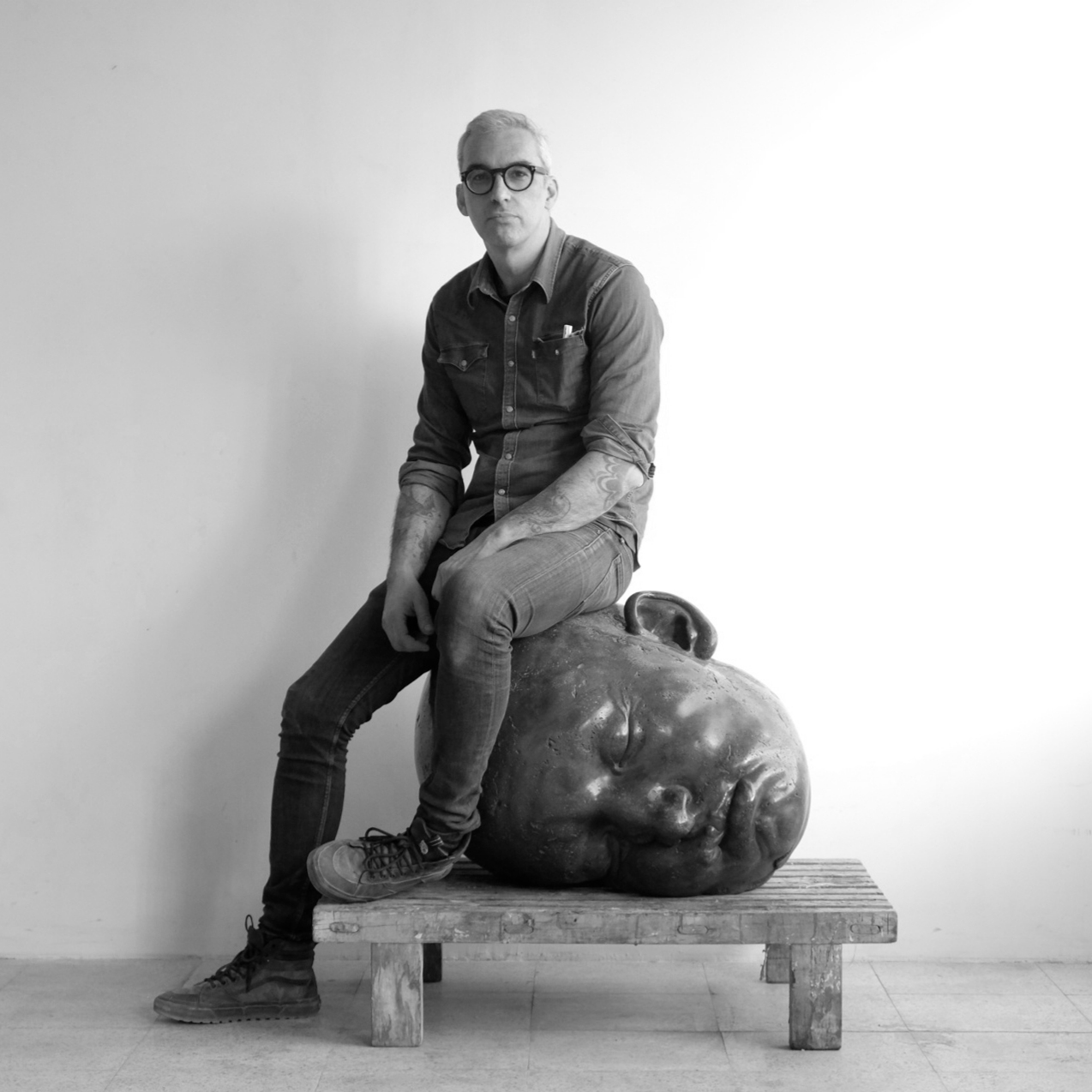