Villazan is pleased to present PSYCHOPOMP, an exhibition new paintings by Christina Allan that have never before been shown in an exhibition. The presentation also marks the artist’s first exhibition with the gallery.

‘PSYCHOPOMP’ is another word for creatures who guide spirits or souls to another world or life. These paintings portray versions of these creatures, mainly the Grim Reaper, through an empathetic and humanistic lens. They exist in an in-between natural realm, and are given an identity and life of their own. They are complex creatures, capable of experiencing hurt, loneliness, love, lust, chaos, adventure, and the absurdity of being.

I see these works as at times deeply philosophical, melancholic, humorous, and even reflective of myself.
‍
- Christina Allan

Known for her highly expressive and fantastical paintings, Christina Allan is fueled by the individual and collective anxieties that surround the human condition, most notably the classic existential struggle.

Born in Toronto, Canada in 1995, Allan received a Bachelor’s of Fine Arts degree in painting fromParsons the New School for Design and was awarded the institution’s Dean’s BFAScholarship. Upon graduating in 2017, she remained in New York City for five years, working in the art and design industry while maintaining her artistic practice.

From dramatic mythical scenes to deeply introspective psychological portraits, Allan’s canvases populate a world of creatures and include overt references to fantasy, from angels and deities to Pegasi, spirits, and the Grim Reaper. A blend of abstraction and figuration, her fictional existential narratives take place in a sublime natural realm that is dreamy yet real, mirroring how existence can at times feel like a rigged game or fleeting dream.

Bold and colorful,Allan’s paintings are executed using a multitude of materials including acrylic and oil paint, spray paint, oil stick, and more. Her process begins with sketching characters and scenes that are brought to life on canvas. She works in a continuous cycle of mark-making that eventually forms vibrant, multi-layered outcomes.

Central to Allan’s practice is her exploration of philosophy and mythology. She is often informed by existentialist ideas of authors including Jean-Paul Sartre and Albert Camus, and the mythology of ancient civilizations. She views myths as a representation of a complex and unchanged human experience, and the expression of universal concerns and passions like death, fear, grief, love, and violence. Her work has interpreted ancient Greek legends and figures including Sisyphus, Icarus, Narcissus, among others. Similar to how ancient mythological Gods and God deserved as answers to the mysteries of a meaningless world and universe, Allan’s work presents an in-between space and state – an escape from an absurd quotidian existence. She is interested in authentic emotions, experiences, and philosophical struggles that we experience as humans, including the inability as a finite being to comprehend the infinite (the universe). 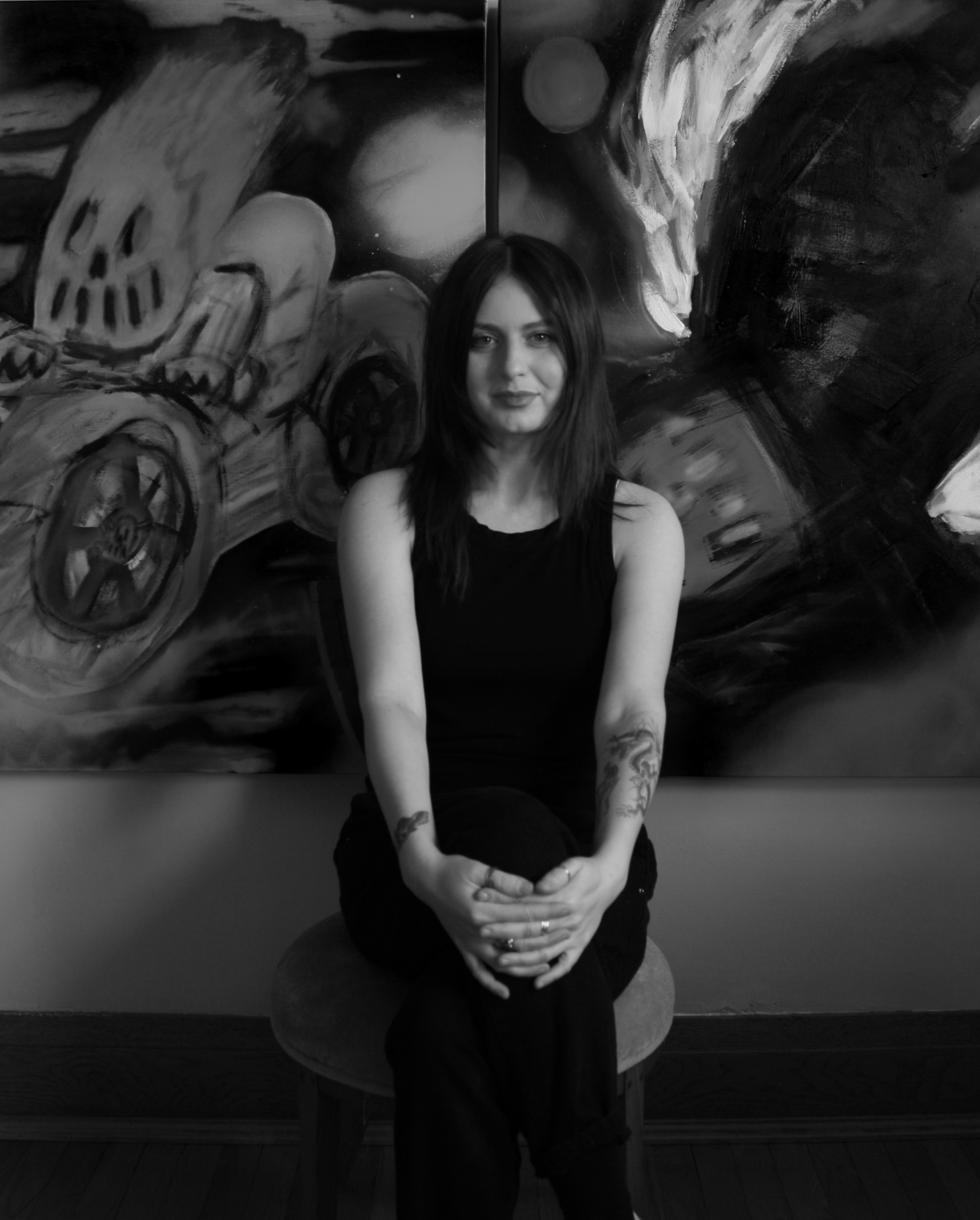